A primarily American museum, the Automobile Driving Museum celebrates all automotive genres and we are very excited to announce our inaugural Japanese car show.

Shift & Drift will feature the famous yellow Nissan 240z originally owned by Mr.K (Yutaka Katayama – former President of the Nissan Automotive Corporation U.S.A.).  Mr. K is regarded by Datsun/Nissan Z Car enthusiasts as the father of the Z-Car, as well as the Datsun 510.  Mr. K’s secretary and son, Kenny Ueda, will appear with the car.

Our celebrity judges include:

The Automobile Driving Museum looks forward to more than 100 nostalgic and newer Japanese cars for an amazing event for all car enthusiasts.

Automobile Driving Museum: The ADM collection of more than 130 vehicles is broad and diverse; it includes cars from the earliest days of vehicles through examples of muscle cars. The collection includes cars owned by such celebrities as Howard Hughes, Jean Peters and Eleanor Roosevelt.

We feature an historical line up of cars and marques from the 20’s and 30’s, many of which are no longer produced, such as the Packard, Durant and Saxon.

Our fleet is fueled and ready to go! Each Sunday we select three cars to provide rides for our guests. You can get up close and personal with our cars, and our dedicated and informed docents are available for tours to learn more. 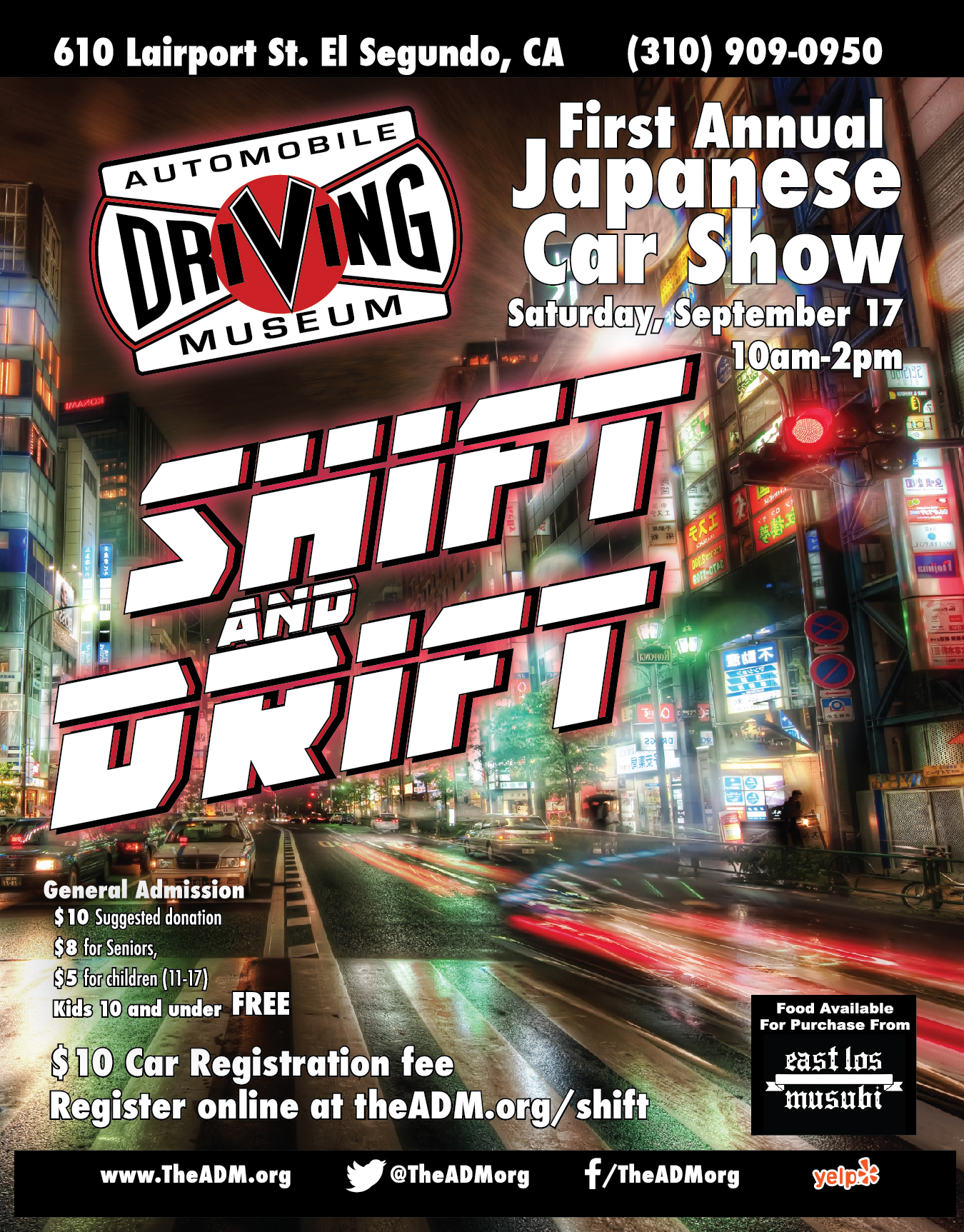